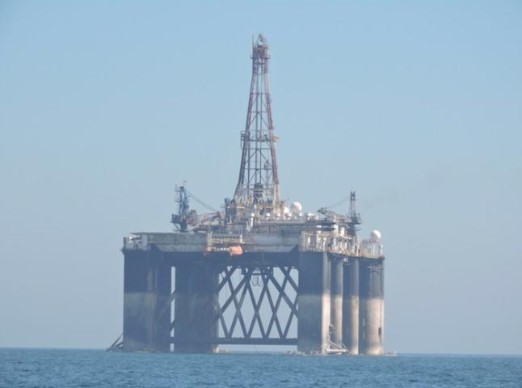 The Sedco 702 will remain in Dock 9 during the next three months before leaving for its final scrapping in Turkey.
It seems that this time it will be possible after a failed first attempt last year, which was cut short at the last moment, that the port of Malaga will host a curious tenant. This is the rig Sedco 702 coming from Nigeria, which was anchored on Sunday 5th June and was moored during the morning in Dock 9. The rig was towed by the vessel Maersk Battler which has a length of 84 meters.
The structure belongs to the company Transocean and bears the flag of Liberia, and will remain docked for the next three months in order to disassemble the equipment that can be reused. As soon as the operations in the Noatum facilities at the port have been finalised in September, it will be transferred to Turkey where it will be finally scrapped.

During its stay, the platform will be a striking element in the image of the docks, with its length of 108 meters, width of 75 meters and, above all, it’s height of 41 meters. In fact, the last time a vessel of this type stopped at the docks of the capital was in 2003.
Within the new business plans of the licensee Noatum at Dock 9, is the use of premises for temporary stays and technical stops of facilities such as these. Last year a contract of this type was signed, but was cancelled at the last minute. The owner finally decided to move the facility to Tenerife instead of Malaga due to the fierce economic competition between the ports. However, the arrival of this giant is the first example of what is intended to become a new business line.

Moreover, the Minister of Tourism of Morocco, Lahcen Haddad, went yesterday to the headquarters of the Port Authority to hold a meeting with the chairman of the Port Authority, Paulino Plata, intended to align positions on the future maritime line with Tangiers.
During the meeting the two leaders visited the port facilities in relation to traffic with North Africa; as well as for the cruise traffic in order to strengthen the ties of cross-border collaboration terminals.