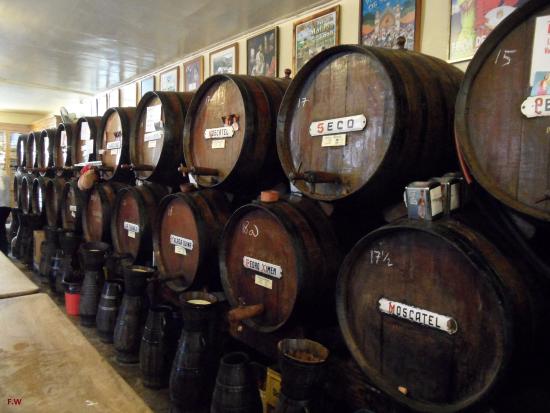 Victoria
An adaptation to the new times should be a permanent objective for any company, Antigua Casa de Guardia, are betting on new products and have developed their own microbrews.

“ We realize that we belong and will continue to belong to the world of wine in Malaga , however we believe that we must continue working to attract new consumers ,” said the managing director, Cayetano Garijo.

Although the winery has offered vermouth for a hundred years the old tavern on the Alameda Principal, has recently launched its own beer ‘House Guard’ it will be released this month. “We will also have pilsner, light and blonde beers and those low in alcohol they will be one hundred percent natural. There will also be an expansion of the artisan beers offering different flavours,” explained Garijo.

For the launch of this new project, Antigua Casa de Guardia has worked with master brewers Daniel Torres and Jesus Garcia, who will be responsible for the development of different types of beers. “We begin with a monthly production of 500 bottles. We embarked on this new project because we believe in it and because we want new generations to get to know the winery and the wines we make and that if they want they can also try other products. We have spent years doing the best we know, our wines. However, we are now becoming more daring,” says Garijo.