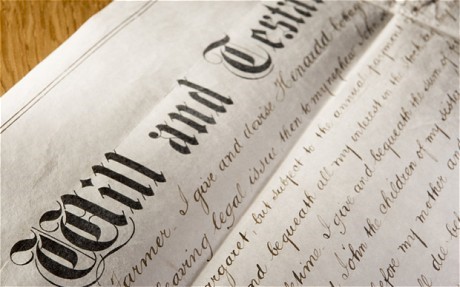 The PP has started a campaign and is collecting signatures in order to abolish the inheritance and gift tax in Andalucía.
For an apartment valued at 180,000 euros 25,000 euros must be paid in tax highlighted Elias Bendodo the President of the Regional Government of Malaga.
The PP recently launched a campaign of collecting signatures (expected to reach 200,000) in order that the inheritance and gift tax in Andalucía is abolished. Approximately a thousand families per year in Malaga have to give up their inheritance because they cannot pay the tax, the figure for all of Andalucía averages at around 6,000 per year. “It is a totally unfair tax. The PSOE said that this is the duty of the rich, but that is a lie, “ said Elias, who was accompanied, among others, by the PP parliamentary member for Malaga Esperanza Oña, at a gathering held in Larios street where they set up a table for the people to sign for withdrawal of inheritance and gift tax, which in Andalucía is a hundred times higher than in Madrid. The PP in Malaga has highlighted the fact that many families work all their lives to leave something to their children and that their wishes are carried out, but when the time comes to inherit the beneficiaries then realise that they have to pay a huge amount in tax. Bendodo gave the example of an apartment in Malaga 100 or 105 square meters, valued at 180,000 euros with an average price of 1,750 euros per square meter which would mean having to pay 25,000 euros in tax to the Junta de Andalucía.

Bendondo has drawn attention to the fact that 400 million euros is raised from this tax per year in Andalucía, “a tiny amount” compared with an annual budget of 33,000 million euros. “Currently the tax serves to punish the middle classes in Andalucía rather than promote it, so it’s considered necessary to carry out a progressive abolition of the tax,” reiterated the provincial president of the PP.
The Popular Party are also collecting signatures in all districts of Malaga and all municipalities in the province. The campaign is also in change.org.