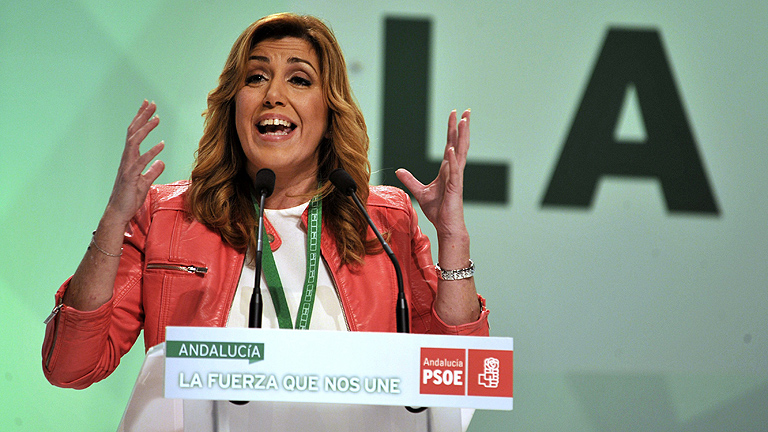 Moves to make Andalucia an all year round tourist destination

Victoria
The president of the Junta de Andalucía, Susana Díaz has recently highlighted in her annual meeting to discuss the tourism industry the importance of making Andalucia a tourist destination all year round and not just over the summer months.
2015 has been a very positive year for tourism not only due to the behaviours of the international markets but also the national. In fact after analysing the data there has been in May 5 percent more visitors than average. The figures show an increase from those in 2014. Susana Diaz wants more to be done to encourage all year round tourism.
She pointed to the ideal climate, range of accommodation on offer and activities ranging from skiing, culture and gastronomy. The tourism industry is vital accounting for 13% of Spain’s (PIB) equivalent (GDP). More still needs to be done to provide quality jobs and removing some of the administrative shackles that impact negatively on the tourist industry.

Failing to follow new regulations aimed at saving energy could see number of Spanish companies facing up to €69,000 fines for ignoring the EU laws.
The new regulations however have been labelled as ‘secret’ due to the fact that many businesses have no idea that they even exist. A recent survey has found that awareness of the Energy Savings Opportunity Scheme is ‘worryingly low’ and many of the 16,000 are unaware that they have until December 5 to meet the new regulations aimed at saving energy.
“Feigning ignorance won’t save anyone from significant fines.” said BTG Green survey worker Julie Palmer.
“This new EU-backed scheme is not to be trifled with as the Environment Agency plans to crack down hard on any companies that try to slip through the net,”
Companies with more than 250 employees or an annual turnover of 50 million are expected to appoint an independent assessor to identify energy savings and avoid such hefty fines.

According to global rankings published by international consulting firm Mercer, Spain has been named as one of the cheapest countries for expatriates to live in the EU. Expats working in Madrid and Barcelona have seen the cost of living drop drastically in comparison to other European cities as a result of the devalued euro.

With the study focusing on factors such as housing costs, transportation, food and clothing,
Madrid and Barcelona are among the ten least expensive cities in Western Europe. Madrid dropped from number 63 in 2014 to number 115 this year, while Barcelona fell from 71st place to 124th.

The report showed that the Eurozone’s economy, as well as falling interest rates and rising unemployment were the cause as opposed to an actual decrease in the cost of living.

Spain’s job market on the up

Spain’s job market is thriving despite what appears to be a more gradual economic growth in the Eurozone as a whole. Leading the continent in creating and sustaining businesses are France, Germany, Spain and Italy according to Eurozone service sector statistics. In May, payroll increases were the highest in 7 years in Spain and hit a 41-month high in France, confirming that the sector is improving.