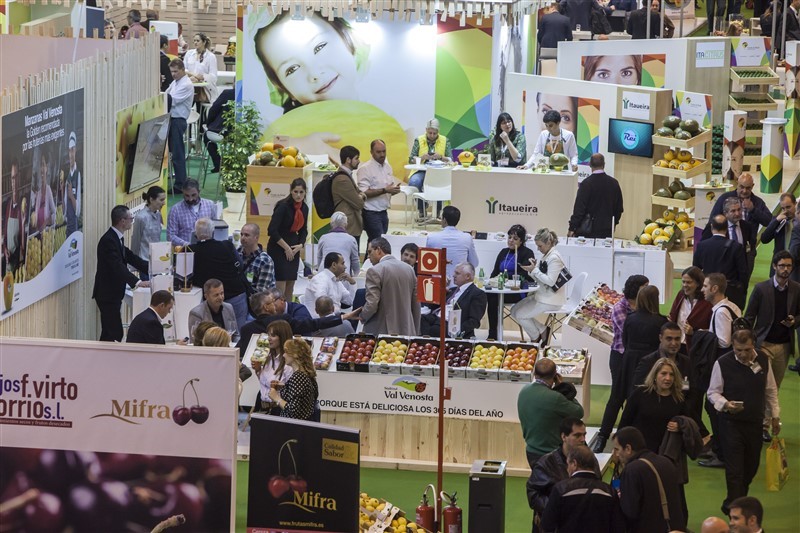 Most are small producers at the largest food fair of Spain looking for opportunities to seek new markets.
Salon de Gourmets in Madrid, is considered the largest showcase of quality food products in Europe and takes place at Ifema (A trade fair institution). It takes place in early April and this year Malaga featured heavily. The province was represented by a total of 49 companies, of which 38 come under the umbrella of Sabor Malaga, out of the 300 that are attached to the mark of the Provincial Government. It was therefore the small producers who came to this event with their best products in an attempt to seek new market opportunities outside the province.
Oils, extra virgin olive oil, meat products, wines of the PDO Malaga and Sierras de Malaga, artisan cheeses, traditional sweets, juices and gourmet preserves were some of the products from Malaga to be found in the Salon de Gourmets within the exhibition space of 240 square meters. Sabor Malaga was in hall 8 of the enclosure where the food fair took place.
The companies and products that came to this event were selected as much by the organisation of Salon de Gourmets as by the Malaga brands.
Participation in this fair of producers in the province has the objectives of promoting Malaga companies and expanding marketing channels, while helping the sector to know the latest news and new trends in food.
In the exhibition hall there were 1,500 companies with about 35,000 products, of which over 1,000 were new participants. During the four-day celebration scheduled over 80,000 visitors were expected to attend, of which about 10,000 from abroad. In 2015, the Salon de Gourmets generated 192 million euros in turnover.
The fair was opened by the Minister of Agriculture, Food and Environment, Isabel García Tejerina. She was also accompanied by Andalucian enterprises and the Minister of Agriculture, Carmen Ortiz, who stressed the important role of cooks in promoting food of Andalucia. According to the Andalucian counsellor, “Andalucia is not only the first agrifood producer of Spain, but we are also leaders in quality at national and European markets.” Sabor Malaga also met with the French Chamber of Commerce to discuss the participation of the brand at Paris SIAL later this year.