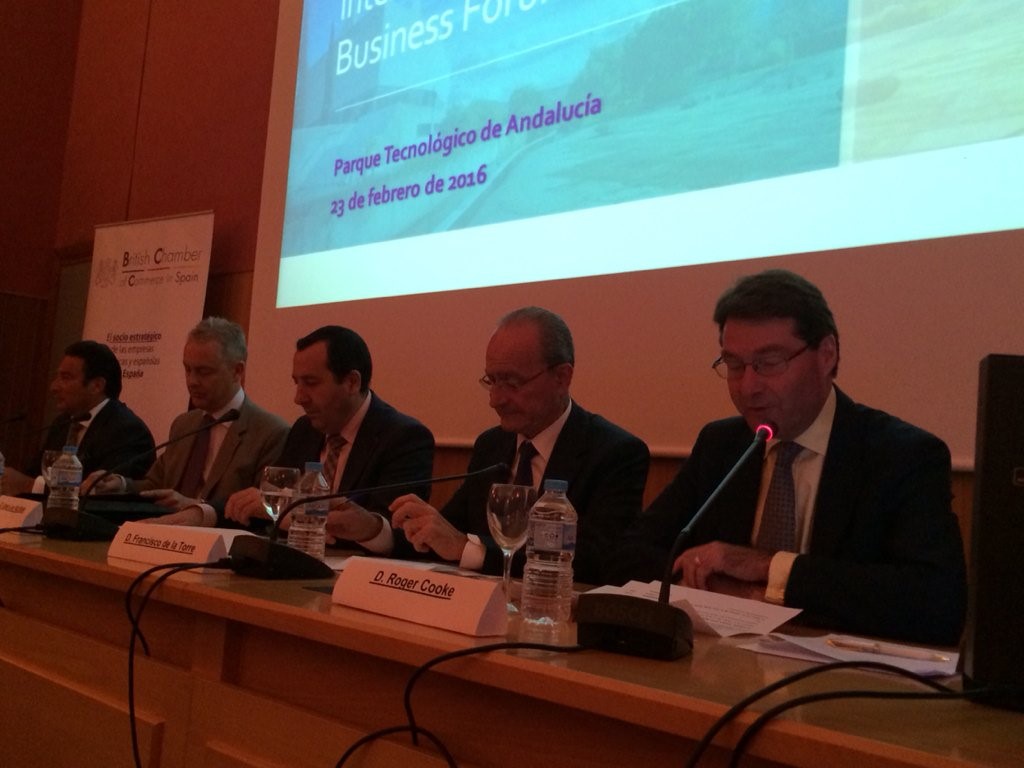 The International Business Forum was held on 23 February at the Technology Park (PTA) in Malaga and attended by representatives of both Spanish and English businesses. Notable attendees were José Luis Ruiz Espejo, president of the PTA, Francisco de la Torre, Mayor of Málaga, Simon Manley, UK ambassador to Spain, Roger Cooke, president of the British Chamber of commerce in Spain and Derek Langley, vice-president of the British Chamber of Commerce in Andalucía.
Simon Manley in his speech highlighted the key statistics that around 450 British companies that have set up in Spain. As an overseas investor in Spain the UK accounts for 21% of overseas investment more than France, Italy and Germany. Further, directly and indirectly investment by the UK in Spain accounts for around 200,000 jobs. He also stated that these figures don’t receive the recognition they deserve. To sum up Mr Manley said that he looks forward to the future in terms of more prosperity, more employment and in creating even stronger bonds between the two countries.
Not only does the UK invest in Spain but there are many examples of Spanish companies establishing themselves in the UK. A representative of Aertech Solutions, Antonio Gomez which is now a multinational aerospace engineering company referred to their office in Bristol as well as in Malaga and many other international locations.
Amongst the business representatives present examples were given of the drivers which attract businesses to the UK such as; the supportive business environment, the fact it has around 60 million consumers, tax rates and access to finance and technology. Amongst the drivers highlighted which attract foreign businesses to Spain were; political security, costs, quality of life, access to other countries and expertise in IT.