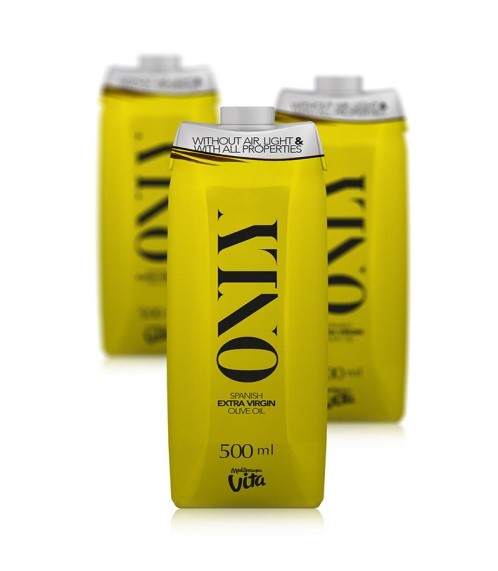 A Malaga firm has reinvented the Tetra Brik

The Malaga based LY Company has proposed to make Malaga a reference point in Spain as the makers of cartons for food and beverages. It will soon become the only packaging company in the province to use Tetra for packaging fresh produce. The company is currently building a Tetra Pak packaging plant in Alhaurin de la Torre in Malaga, a project which has had 4 million euros invested. The plant, which covers an area of thousand square meters, is expected to be fully operational in early 2017, on completion of the installation of the machinery. The machinery has been designed by the TetraPak multinational, whose most popular product worldwide is Tetra Brik. LY Company will be producing a new line of packing for single dose in ‘classic’ formats of 10, 15 and 20 millilitres, as a special project that will seek to promote the multinational. Tetra Pak which will have 80 percent share in the packaging market will be responsible to seek customers for this line of packaging, increasingly demanded worldwide, “Explained the manager of the Malaga company director Francisco Rodriguez
The factory will have a packaging line for A3 formats 1,000, 750 and 500 millilitres, and other filling A1 for single dose of more than 100,000,000 units per year as a special project.
The plant will be ready for packaging oils, wines, sangrias, spritzers, waters, flavoured waters, ciders, coconut-based drinks, coffee, energy drinks without gas, juices, drinks based on tea and isotonic drinks. “We do not rule out in the future to also equip it for packaging hundred percent fresh juices,” explained Rodriguez.

LY Company will also have a tetra packaging line for organic products. In fact, the company has just signed a major contract with a distributor of organic oil from France and will be packaging all their production. “The plant will be packaging different products,” explained Rodriguez. “Our goal is to start tests in January, and then immediately begin the activity. Tetra extends the life of products because it does not allow the entry of oxygen or light. Besides that it is also biodegradable and recyclable “Rodriguez highlighted.

Although the most common model for cartons for food and drinks is the Tetra Brik, there are also others such as the prism tetra, which is used by LY Company for oils such as the brand “Only”. There is also the ‘tetra Recart’, designed to compete with cans, among others. LY Company also recently signed agreements to import oil packed in tetra prisms to Japan, where extra virgin olive oils have been using this type of highly valued packaging. Also, according to Rodriguez, the company is in contact with a Danish trading company who are looking to package their mineral water in environmentally friendly packaging, which will be a major boost for the plant. “We are talking, if we sign an agreement, more than 100,000 units per day “, said the manager. The Malaga-based company hopes to recover the investment in the plant at Alhaurin de la Torre in a period not exceeding three years. “We believe that we will put Malaga in the first line of tetra packaging. Although not fully underway, they are already packaging sangria for an American brand, Beso del Sol, which has among its clients Disney World and Disneyland parks and the NBA. At the moment, we are outsourcing the packaging, but the idea is to do in the Malaga plant “, said the CEO of LY Company.