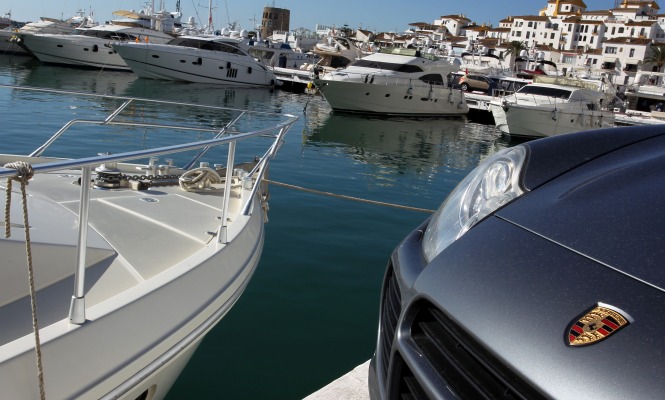 Marbella looks to the Russian market as a new tourist stage

Marbella is entering into a new era in the tourism sector and is looking towards the Russian market, by projecting a new image and finding ways to continue to attract middle to high class tourists from different parts of the globe.
The current geopolitical situation has put tourists off from visiting destinations in the Middle East, Tunisia and Turkey, and previously placed the Costa del Sol as a second preferred destination, according to the mayor of Marbella, José Bernal.

The mayor himself has already held a meeting with Secretary of the Russian Embassy and work has begun “a line of cooperation” with Russian businessmen. He also mentioned that the town may host “one of the Spanish-Russian events” after an agreement with the regional government and that of Spain.

Following the presentation of the new image of the town, “Marbella as a five-star destination,” the mayor explained that he seeks to mark a “before and after” in the strategy and promotion of tourism in the town. A change that began with the increase of the budget for promotion, whereby the amount allocated has tripled compared to previous years and continues with the return of Marbella to the International Tourism Fair with its own stand. “We do it because entrepreneurs and those from the hotel sector ask us to. Until now individuals have had to go it alone and a strategy didn’t exist for joint promotions, “Bernal said.

Another objective is to break the seasonality and offer more services to tourists coming to the Costa del Sol. Marbella has closed an agreement with the Sierra de las Nieves, making a commitment to combine sun, beach and nature and mountains in the same package. “This is the way to break the seasonality and we can add something extra to the traditional Costa del Sol experience, “said the mayor of the town of Ojen, Jose Antonio Gomez.