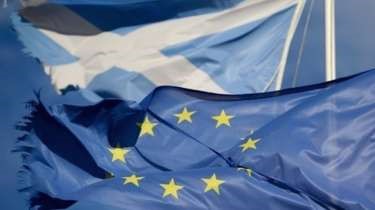 Mariano Rajoy opposes Scotland’s request to negotiate with the EU

“If the UK is leaving, Scotland should also,” said the acting Prime Minister
Mariano Rajoy, asked the other European leaders for “calm, serenity and predictability” to the process of “brexit” and rejected outright a hypothetical negotiation of the European Union (EU) with Scotland on their stay in Community.
He explained that what he believes the best thing to do is to wait for the UK to start to apply the steps set out in Article 50 of the Treaty of the Union.
From the “sadness” caused by “brexit” he stressed that his priority is to defend the interests of Spanish citizens and, in parallel, the European integration project.
“At the moment and until the entire process under that article 50 is deployed, all Spanish citizens resident in the United Kingdom and all British residents in Spain, retain their rights as European citizens, as workers, entrepreneurs, pensioners, students or tourists, “he said.
Rajoy said that the common desire between the Twenty-seven members of the EU is that, in the future, the UK is a close partner of the Union on a balance of rights and obligations.
It was stressed that Spain is not ready to have negotiations with the EU about Scotland which should be kept together with the UK.
He stressed that he wanted to be very clear on this matter and that the various regions in all countries have institutional space and fields of competence in the European institutions.
He said, “We are talking about a process that has to be orderly and quiet regarding a country that wants to separate from the EU.”
Consequently, he explained that “the powers of Scotland to negotiate with the European Union don’t exist, and the Spanish Government opposes any such negotiations “.
About what might happen in the future, he said that it is not for him to decide.
Asked if, therefore, Spain would veto the entry of an independent Scotland in the EU, he highlighted the importance of what needs to be dealt with now.