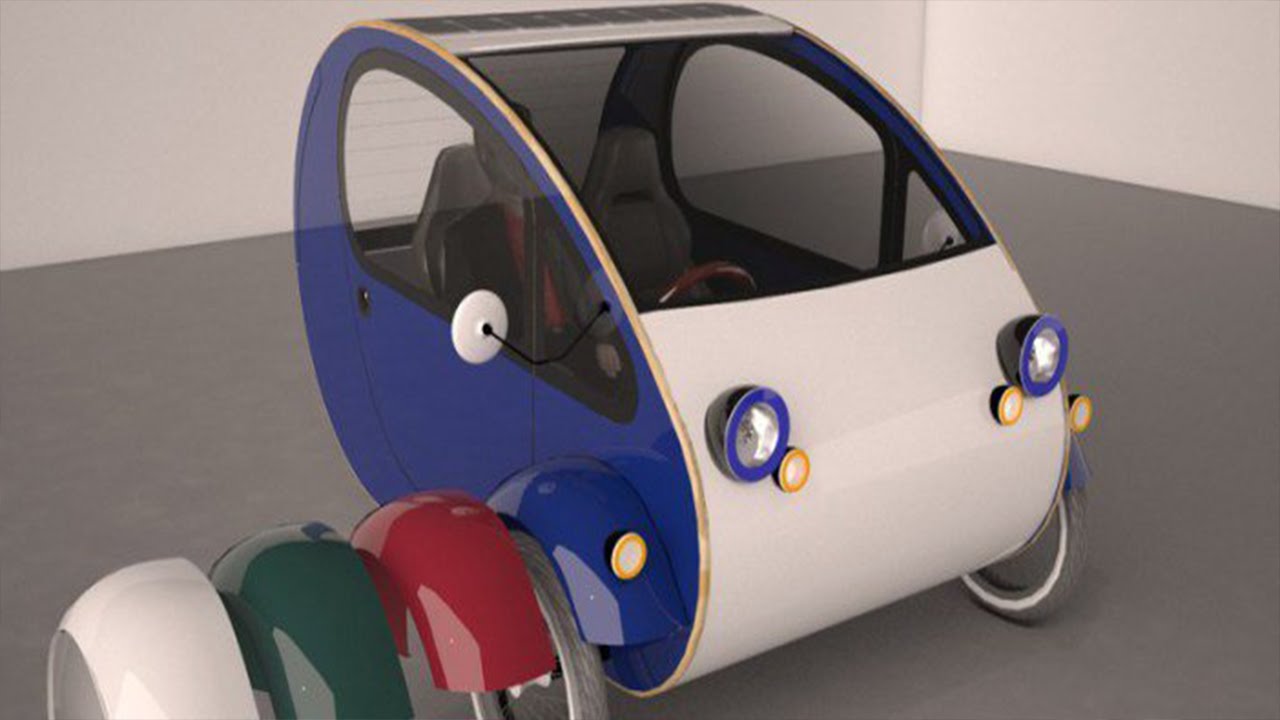 Evovelo has started to market its first hundred ‘ beta ‘ units, with a 20 % discount at the price of 4,500 euros. The first solar car in the world is about to start selling its “beta” version and a company from Malaga is behind this ambitious project. It is Evovelo, a cooperative formed by four partners who have named their “creation” Mö. It is an urban solar vehicle which passes as a tricycle tandem. That means you do not require a driving license and it is not subject to tax. In fact, it will follow the same traffic rules as a bicycle. It is fully enclosed to protect you from the weather conditions, capable of carrying two people and some luggage and / or one or two child seats and manufactured with sustainable materials. Specifically, the ‘body’ is made of a special type of chipboard to avoid the use of carbon fibre, which is highly polluting.
Mö is powered by an electric motor through a battery of about 1.500W which is charged by solar panels integrated into the vehicle. It can also be charged by plugging it into the electric current. Like a bicycle it has pedals with which the user can do some exercise and assist the vehicle on the hills. The solar powered vehicle can reach a speed of 50 kilometres per hour with a range of around 50 kilometres. The first prototype of Mö was released at the Climate Summit in Paris. According to the ‘product manager’ of Evovelo , Gonzalo Chomón , it was “ the perfect time “ to present the solar vehicle as it caught a lot of media and public attention . Now the prototype is back in Malaga, specifically in Fuengirola.
Mö is going to be manufactured, with the expectation that in July they will be rolling down the streets.
According to Chomón, about 300 people from different European countries have informed the company of their desire to become ‘ beta- testers ‘. They will be responsible for testing the operation of the car in real life, in order to perfect the manufacture of the final version of the design. The price will be around 4,500 euros and Mö and beta units will go on sale with 20 % discount on that figure.