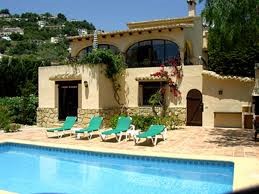 In 2014 more than half the 12,800 properties sold in Malaga were to foreign residents as revealed to El Sol Digital by the President of the Provisional Association of Promotors of Constructors of Malaga, Jose Prado.
The rest of the 6,000 properties were sold to Spanish residents from outside Malaga. This is due to it being a good time to take advantage of the fall in property prices. Further the low interest rates of 0.3- 0.4 % means people can get a better return by investing in the rental market.
Jose Prado highlighted the fact that 2014 has been the best year for property sales since 2008. He also commented on the nearly 11 million tourists visiting the area last year with the majority coming from the EU. Out of those who are frequent visitors to Spain some have decided to invest in property and 6,800 properties were bought by non-residents in 2014.

However, if we take into account the wider picture and the population of Malaga Province at 1,700,000 inhabitants then the demand amongst the local residents of Malaga is still very low in comparison. Looking at the wider statistics Malaga has an unemployment rate of 32% and those that would have normally been looking to purchase a property are moving back in with their parents.

Also, according to the Association there is no money to build new properties as there is a stockpile of around 12,000 completed properties standing empty.

Prior to the crisis in 2008 there was a big appetite for buying properties to rent out with people taking out mortgages for up to 4 properties with the hope that the rental income would cover the costs. The bubble busting then led to the banks closing the taps and left people in the lurch unable to pay the mortgage.