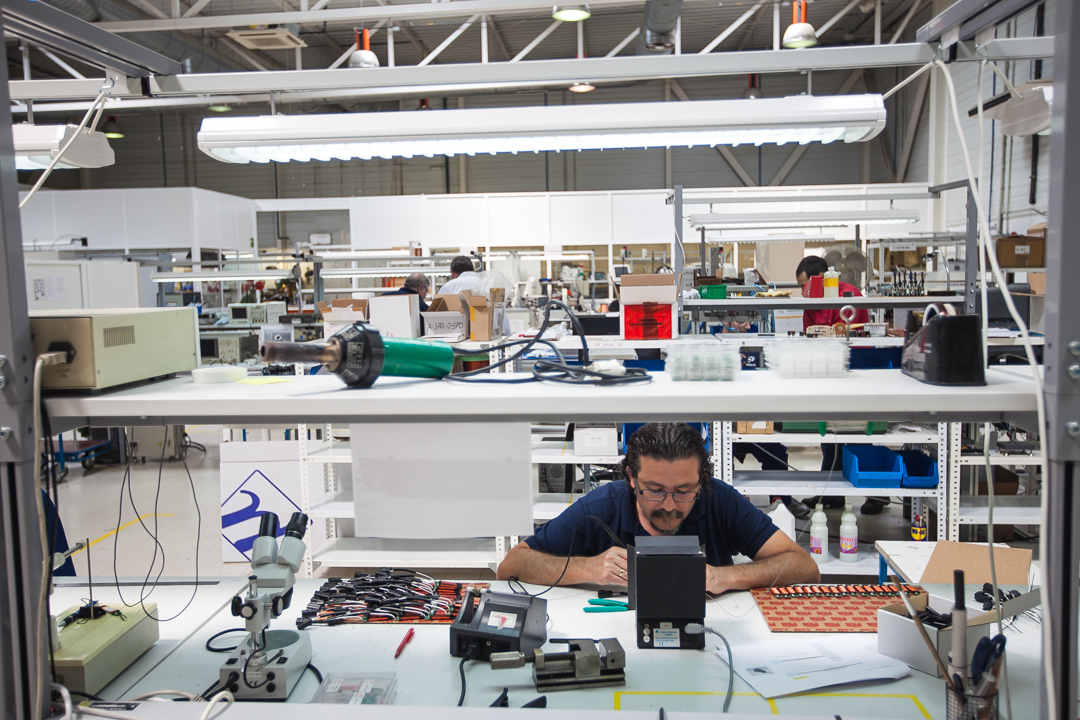 The multinational has a 52% global market share of antennas for remote vehicle access systems and is currently developing wireless battery charging for electric cars.
In the not too distant future, when the battery runs out on an electric car it won’t be necessary to find a socket. You will be able to travel on the highway and recharge through a magnetic field wirelessly, without having to physically connect or stop the vehicle. The magnetic components for this solution are being developed by the company Premo in the centre of Malaga at the technology park. To set up this technology the company has a team of 50 researchers and support from entities such as the Ministry of Innovation, the CSIC, the CDTI and European funds managed by the agency IDEA.
This is only one of the areas being explored by Premo, whose activity is the development and manufacture of inductive components, a technology that relies on the application of electromagnetism to electronics, and that many of these devices a few years ago would have been considered science fiction.
The company has invented isotropic low frequency antennas that allow for remote keyless entry systems for vehicles. Today they have 52% of the global share and work for major automobile companies. The car recognizes the keys within two meters and opens, but does not electronically unlock until the driver is inside.
The car industry contributes 60% to Premo’s business, but in its portfolio there are giants like Amazon, Nokia and Qualcomm. It is set to reach 37 million in sales, double that of three years ago.
The new materials are based on nanotechnology, 3D printing or other internet based products. Electronic devices carried on clothing, shoes or watches to detect, for example, the level of insulin in a diabetic, blood pressure or the shape of an athlete work with micro antennas that Premo are developing with a Korean partner.
Premo was founded 54 years ago in Barcelona and in 2007 moved its headquarters to Malaga birthplace of the engineer Ezequiel Navarro. The major investor is British based Minerva Capital, with 52% of the capital, the Swiss fund Akina Partner another 34% and 10% in the hands of managers.

The company opened in July its third factory in Vietnam, in addition to China and Tangier. Along with this it has its R & D centres in Malaga, Grenoble and Seoul.