Self-consumption of electricity in Spain: the most restrictive rules the world - El Sol Digital 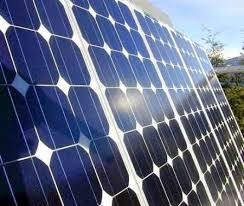 Self-consumption of electricity in Spain: the most restrictive rules the world

On October 9 the Royal Decree 900/2015 was approved, which determines the economic framework of facilities which generate electricity for self-consumption. These facilities include, in most cases, photovoltaic panels installed on roofs of houses to produce some of the electricity consumed by its inhabitants. The economic conditions stipulated in this legislation will mean that these types of installations will be economically unviable. This law has raised strong protests from the renewable energy sector in general and other political parties. To ensure the profitability (and therefore viability) of such facilities: requires the remuneration of the discharged energy to the grid and the tax charged on self-consumed energy.

The energy generated by f can be consumed instantly during daylight hours and the electricity generated can be used for lighting, washing machines or any other items that consume electricity. However, it is possible that during the day surplus energy is generated by the panels which can then feed into the mains which can be used by another consumer. During the night electricity may be imported from the network when the panels themselves are not producing energy.

Consider first what happens to the energy fed into the grid. The RD 900/2015 states that this energy will not have any financial returns so therefore it is effectively given away to the electrical system. To gauge the importance of this is that household using electricity produced from photovoltaic panels, typically only 30% of the energy produced is self-consumed instantaneously. The remaining 70% is discharged into the network. This means that under the RD 900/2015, those owners producing their own electricity are giving away to the grid more than two thirds of the energy produced. Currently, this is, without doubt, the biggest factor preventing the development of residential self-consumption of electricity in Spain, making it very difficult to justify installing photovoltaic panels which feed into the grid. Further, the Royal Decree provides no technical arguments to justify not providing returns to those feeding into the grid.
So is this usual in other countries? The answer is a unanimous no. In the international context, there are different ways of giving energy to the grid: (1) The so-called feed-in tariff by which the owner of a facility receives subsistence money fixed by the Government for each kilowatt-hour being fed into the network. This is the case in countries like Germany and the UK. (2) The net energy balance, which is that for every kilowatt-hour fed into the grid the self-consumer, has a right to consume the equivalent of kilowatt-hours from the network when needed. This is the case in countries like the United States, Brazil, Australia and Portugal. (3) The net rate, which is for each kilowatt-hour fed into the grid electricity bills discount a certain amount of money (which can vary over time). This is the case in Italy and Chile. Whatever the reasons that have led each country to choose either model, the harsh reality is that Spain is the only country that does not pay or give credit for the energy fed into the grid.

The second element to consider is the tax on energy self-consumed directly, more commonly known as “tax the sun.” Indeed, last August came into force under the Royal Decree 900/2015 that consumption facilities have to pay a fee for each kilowatt-hour of energy self-consumed instantaneously. Small facilities less than 10 kilowatts of power – are exempt from this fee. For other installations, the amount of the fee depends on the size of the facility, but in any case exceeds € 0.06 / kWh. There is also another charge (fixed charge) to be paid in respect of all facilities including those using batteries. Battery installation is an effective way to minimize the amount of energy wasted by being given away to the grid.

The Government has justified these taxes by saying that the self-consumer is leaving the costs of the electricity system to be borne by other consumers and thus increasing their bills. The consumption is therefore unsupportive or, in the words of Secretary of State for Energy, Alberto Nadal, “is the most antisocial there is.” And this despite the fact that, as seen above, the Government has decided to force the self-consumer to give two thirds of the energy produced to the grid. Again, is this opinion is shared by other countries? Again, the answer is a resounding no. No other country imposes such a tax for the self-consumption of energy. The only similar example is in Germany, where every kilowatt hour consumed, whether from the installation of self-consumption or that imported from the network, pay a fee to finance the German plan for renewable energy development, EEG (Erneuerbare-Energien -GesetzEn this fee is around 0.03 € / kWh for renewable consumption facilities with more than 10 kilowatts.

Our country has the greatest solar resource in Europe with the most restrictive rules in the world of consumption. In a European context in which renewable energy and in particular costs of photovoltaics have been greatly reduced, and in which the transition from fossil fuels to renewables is seen as urgent, who, is benefiting the Royal Decree? Indeed, it is the big power companies. They are not in opposition to renewable energy as they understand that it is unstoppable and see it as a great business opportunity. They are unwilling, however to allow citizens and cooperatives to meet their own consumption needs – which would take away much of the market – for them, and want to maintain a dominant position in the market, so using our roofs to produce its electricity.