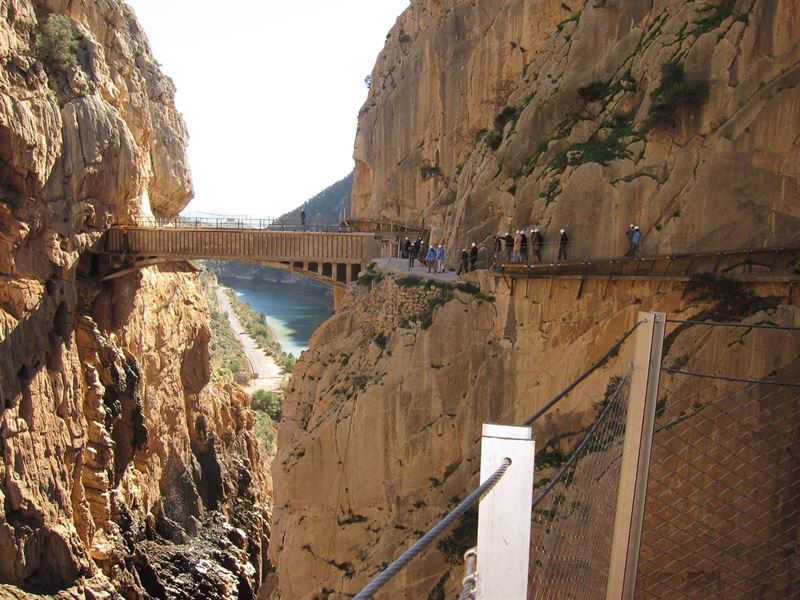 The Caminito del Rey is the best hidden secret in Spain

Victoria
In just 3 months since it opened the Caminito del Rey (Way of the King) has won the place of ‘the best kept secret in Spain’ according to a competition hosted by the travel comparison site ‘Skyscanner.’ The competition was divided into various categories and the Caminito del Rey was named as the winner of the category for unexplored places as the most picturesque beating attractions such as Albarracin, the Jewish quarter of Cordoba, Vejer de la Frontera and the Pedraza which were in the top 5 places to discover.
The competition revealed that Andalucia is the winning region with the greatest number of destinations to visit. The places featured, as well as the Caminito del Rey, were Granada’s Alhambra Palace being cited as the best historical monument and the ‘Ruta de la Plata’ ‘Silver route’ forming part of the Camino de Santiago network which traverses Andalucia.
The competition was an initiative by Skyscanner in order to help tourists plan their trips. Thousands of users of the site participated in the selection of places. 60 destinations were chosen and 6 categories including: best beach, historic monument, places of natural beauty, undiscovered places, best journeys by car and the best cities to eat.
The Caminito del Rey is the only place in Malaga to have made it in the 60 unmissable destinations this year. Skyscanner is a travel comparison site which was launched 10 years ago. There are 60 million monthly visitors. It operates all over the world with offices in the UK, Singapore, Beijing, Miami, Barcelona and Budapest.