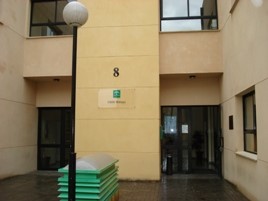 43% were formed in Marbella, where new initiatives generated up to 460 jobs

The Junta de Andalucía, through the Centres for Entrepreneurial Development (CADE) of Andalucía Emprende (entity attached to the Ministry of Economy and Knowledge) has helped to create over the last year 754 companies and 972 jobs in the region of the Costa del Sol. These outstanding figures were taken from the 4 centres in the area collected by Councillor of Economy, Innovation, Science and Employment, in Marbella, Maria Francisca Montiel and accompanied by the provincial director of Malaga Andalucía Emprende, Gabriel Clavijo. In the last twelve months, the planned investment for the implementation of these projects was 8.5 million euros.
In the case of Marbella, they have created 329 new companies by 395 entrepreneurs (230 men and 165 women). 86% of these new businesses are included within the services sector, 283 companies are mostly small retail businesses.
These 329 incorporated companies have generated 460 jobs, 266 held by men and 194 by women. Regarding the academic level of entrepreneurs, 40.2% have university degrees, followed by compulsory secondary education, with 20.5%.
The analysis of all the four CADES of the Costa del Sol revealed that the vast majority (53.13%) of entrepreneurs fell into an age range of between 25 and 40 years, followed by 41.74% over 40 years and the other components of the group of new entrepreneurs revealed the remaining 5.13% were less than 25 years. Of these 896 entrepreneurs, 500 are men and the remaining 396 are women. On the academic level, 36.6% have upper secondary and vocational training. They are followed closely by those with university degrees at 36.4%, and finally, 23.4%, of those with compulsory secondary education.
84.75% of newly created companies are included within the services sector numbering 639. Regarding the 972 jobs that have been generated by these companies, 543 have been filled by men and 429 by women. 89.7% are self-employed.
Training
During 2015 more than 447 hours of training in 97 courses assisted 866 entrepreneurs.
Business development is another function of these centres which is to support companies already established to open new lines of business and to develop new business plans. The result of these actions resulted last year in this region with the presentation of 44 development plans.