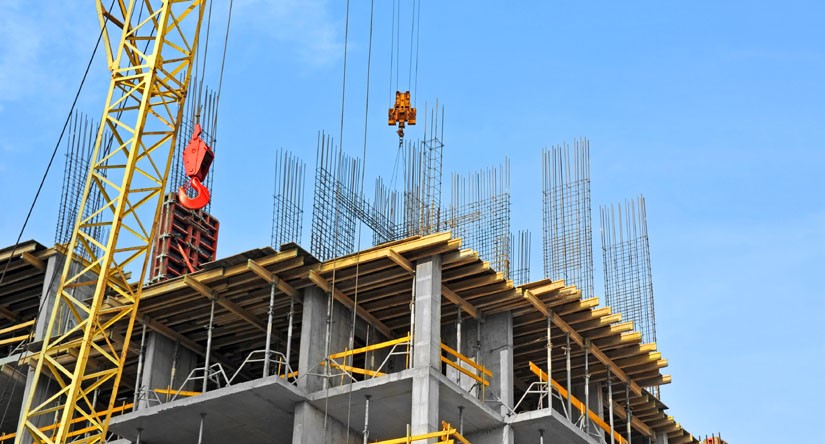 2015 marks another step towards the return to normality of the construction sector, which has been punished tremendously since the beginning of the crisis. However, the number of homes endorsed by the Official College of Architects of Málaga almost 2,500- is still a far cry from those recorded prior to the bursting of the housing bubble. In 2003 alone 54,600 homes were approved in Malaga, according to the Superior Council of Architects.
Although the actual numbers are modest, the number of approvals in Málaga in 2015 tripled from the previous year, from 798 to 2454 units. The director of the Chair of IPE Real Estate, José Antonio Pérez, believes that “we are far from getting back to normal” because we are coming from “a drop of 90 percent of the projects approved.” In his view, building permits “take some time to grow to finally start the construction.” From there, “jobs will be created.”
Coastal municipalities return to star in this revival with Marbella in the lead, approvals have included 94 housing projects (houses and townhouses) and 13 projects (blocks of flats) to build 339 multi-family units. The main catalyst has occurred in the triangle formed by the towns of Marbella, Estepona and Benahavis. Indeed, the latter has counted 58 projects to develop 61 houses valued at 37.4 million euros. Estepona, meanwhile, adds 16 developments, most are detached houses. More than 12 different nationalities have bought off-plan in this location.

Málaga and its metropolitan area are second in number of approvals of 48 projects between chalets and townhouses at a value of 7.7 million dealing with 15 projects to develop 336 conventional homes worth nearly 28 million euros.
A short distance from the capital and in the valley of Guadalhorce lies the town of Alhaurin de la Torre that has recorded a total of 28 projects to build 61 houses worth 6,640,000. The eastern Costa del Sol is not far behind. The towns of Nerja and Velez Malaga have registered 75 and 16 single-family homes respectively, amounting to 22.6 and 2.6 million euros in each case. Sales have also improved and a total of 22,700 homes were sold in the province in November, according to the latest data from INE. Most developments correspond to houses.

Confidence in the housing market has improved with a certain number of people with savings wishing to invest. Prices range from the hundreds of thousands and millions of euros, and lower budgets. Economic analysts in Andalucia have predicted in their latest report that the construction sector will show greater recovery in 2016, with a growth of 4.2 percent, quite significant for an activity that has been suffering very considerable crashes. On the flip side the dwellings completed have been bottoming out after six years of consecutive decline. In this regard, 2015 closed with 1,134 units, nearly 14 percent less than the previous year. If we compare this figure with the number of developments started, it appears that the current year will lead the first change and reverse the trend that began in 2009.