The Socialist Party, PSOE seeks a parliamentary subcommittee on the effects of Brexit - El Sol Digital 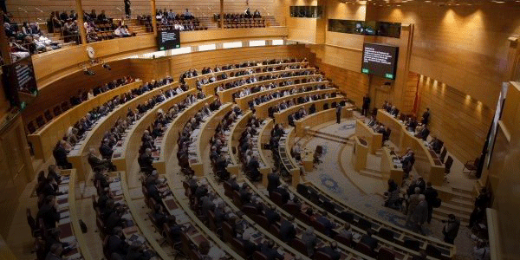 The Socialist Party, PSOE seeks a parliamentary subcommittee on the effects of Brexit

The PSOE has proposed to create a subcommittee in Congress to study the effects of the departure of the United Kingdom from the European Union on bilateral relations, companies and Spanish residents in Spain.
They have included this measure among the 15 initiatives it has registered in the Congress, which is also the request to launch another subcommittee to begin discussing a major educational pact among all parties.

The secretary general of the socialist group, Miguel Angel Heredia, and the deputy, Isabel Rodriguez, have presented these measures after taking them to the Registry of the Lower House.
After the EU referendum on 23 June, Socialists have seen it appropriate for Congress to analyse the consequences of this measure from the European and national point of view.

At a press conference, Rodriguez considered it necessary for the parties to debate what the “Brexit” will mean for the European project in areas such as security, immigration or economic union.
PSOE advocates agreeing on the measures that the Government has to take on economic matters, on the public services that are provided to the British living in Spain or Spanish nationals who live in the United Kingdom. “We have to gather information and assess possible scenarios, make a series of proposals to present to the EU and be clear about the attitude of our country,” said Rodríguez.
Among the 15 initiatives, the socialists have also proposed to reactivate the equivalent of Carers Allowance; approve a law on equal pay and discuss a major pact for science and repeal the so-called ‘sun tax’.
T

here are also some motions on employment, such as combating labour exploitation and improving the conditions of domestic workers and their pensions.
The PSOE has also submitted a non-legislative proposal in favour of reducing the VAT of cultural products to 10 percent.

As requested by the Socialist group last week, Rodriguez insisted on the need for Parliament “to be functioning as soon as possible” to discuss the initiatives already presented by the parties.
For now, parliamentary groups have been constituted, but the commissions have not yet been put in place, nor the Permanent Council, the body that replaces the plenary in non-working periods, such as in August.